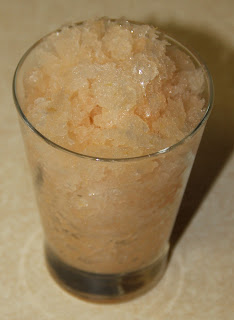 Granita is something I've always wanted to learn to make.  I always see it on the summertime episodes of Food Network shows - a frozen shaved ice dessert similar to Italian ice or sorbet.  What makes granita unique is the process used to make it.  It isn't labor intensive or complicated, but it requires a little bit of babysitting.  The basic process is to freeze a flavorful liquid (whatever you are using to make your granita) in a shallow dish and scrape it with a fork every half hour.  This scraping creates fine ice crystals in the final dish.  So its like eating grapefruit flavored snow. 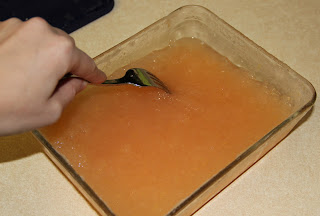 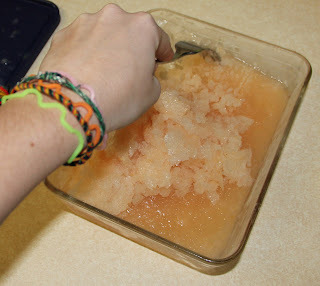 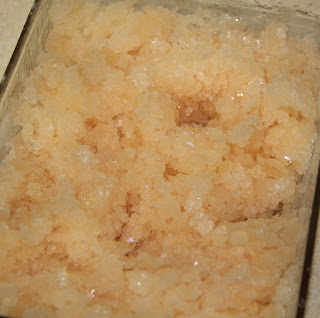 Making a granita with a little bit of alcohol makes it more forgiving to the timeline.  It isn't as important to scrape it every half hour.  I used vodka here, but am excited to try it again with some sparkling wine (a not to an interesting cocktail I saw on a restaurant menu that I also can't wait to try out!). 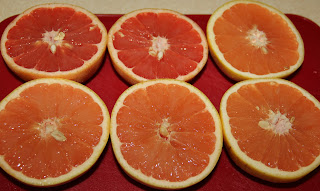 Email ThisBlogThis!Share to TwitterShare to FacebookShare to Pinterest
Labels: dessert 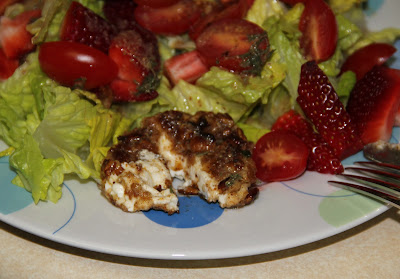 The weather here the last few days has been absolutely dreamy!  Its been in the 60s the last couple of days, and is going to get up to the 70s before this weekend.  Weather like this makes me want to spend as little time as possible in my kitchen (or in my apartment, in general), so it spawns a lot of quick meals.  The weather getting warm also inspires me to eat a lot healthier, as it is a reminder that swim suit season is just around the corner. 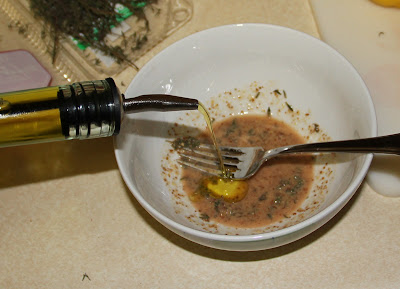 This is one of my favorite quick, light dinners, with a glass of citrusy white wine (Sauvignon Blanc or Pinot Grigio) or light red wine (Pinot Noir or Malbec).  Surprisingly, it has a lot of flavor, which I think is very important in light cooking.  If it doesn't taste good, I'm not going to eat it, simple as that.  Light food has to keep my attention, or I just go back to the comfort food, that isn't so friendly to my waist line.  Not that its a bad thing every once in a while, but like I said, swim suit season is just around the corner! 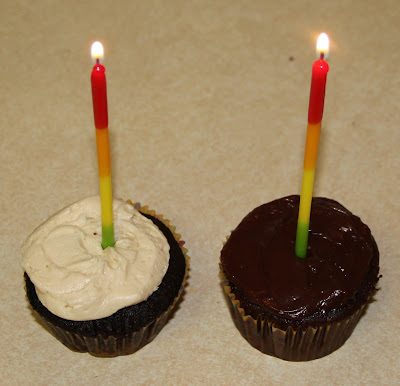 I really have no excuse for the delay in posting this.  I had it written a week ago!  I was just waiting to upload the pictures, and apparently that took me an entire week.  Because these recipes are a little complicated, I'm trying something new with the post.  Let me know what you think of this format!  Well, better late than never...

There are a lot of things my dad and I don't see eye to eye on, particularly when it comes to food and drinks.  Cake is a perfect example.  We were recently discussing what kinds of cupcakes I should bake for our joint birthday party.  The recipe he wanted me to make has probably been in my family since before I was born (and its entirely possible my grandma has been making them since before my mom was born, I really have no idea).  I guess the way he sees it, if it ain't broken, don't fix it!  I prefer to experiment with flavors and textures, which is just lost on him. 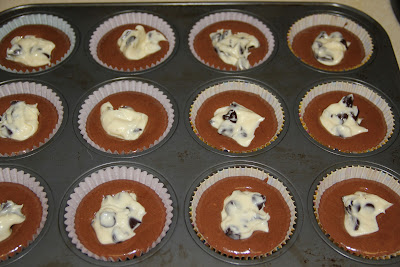 My family was visiting this past weekend to celebrate my birthday and my dad's birthday.  My dad (reluctantly) agreed to let me cook whatever cake I wanted, as long as I got him a little chocolate frosting and kept the booze away from his cupcake.  But I decided, since its his birthday too, to honor what he really wanted me to make.  The result?  I made 2 kinds of cupcakes.  Thats 2 full batches, both of them super rich, for a total of 48 cupcakes.  Who wants to help me eat leftover cupcakes!? 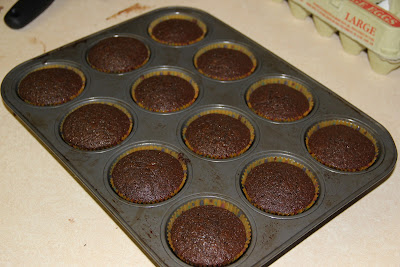 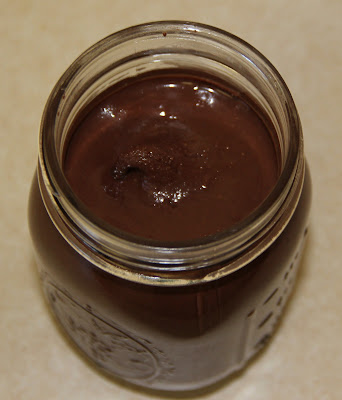 As soon as I saw this recipe on smitten kitchen the other day, I knew I had to make it.  I've just been waiting to get to the grocery store to pick up some peanuts.  If you aren't familiar with Nutella, it is a creamy chocolate hazelnut spread.  This, however, is much nuttier than Nutella.  This is more like chocolate peanut butter.

The texture is really similar to all natural peanut butter.  This is super simple.  Its just a matter of toasting peanuts and grinding everything together in a food processor.  My tiny, low powered food processor wasn't able to make the super creamy product I was expecting.  Maybe a larger food processor would do a little bit better with this?  My food processor is also really loud... so perhaps the noise kept me from grinding them as long as I should have? 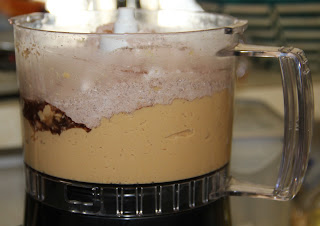 Email ThisBlogThis!Share to TwitterShare to FacebookShare to Pinterest
Labels: chocolate 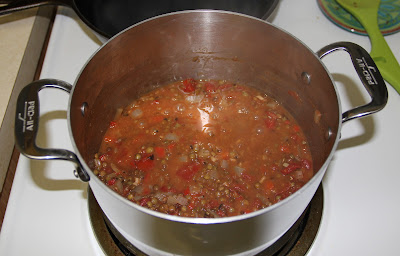 During the week, I eat a lot of comfort food, and a lot of vegetarian dinners.  Tonights dinners fit both qualifications.  Especially when its cold out, I like warm filling dinners.  Its even better when those dinners can be good for me as well!  This is also an incredibly inexpensive dish.  Its $1 worth of lentils, a can of diced tomatoes, and half an onion.  The most expensive component is the spices used to finish the dish.  The original recipe includes a process of tempering oil with whole spices.  I find whole spices difficult to find, so I used the ground version.  If I made it again, I would cut down on the quantity of spices used here, since the ground version seems to be more potent (I noted this change in the recipe below).
The downside is that it isn't a very quick meal.  It takes just over an hour when all is said and done, but most of that is down time.  30 minutes of soaking and 35 minutes of cooking. 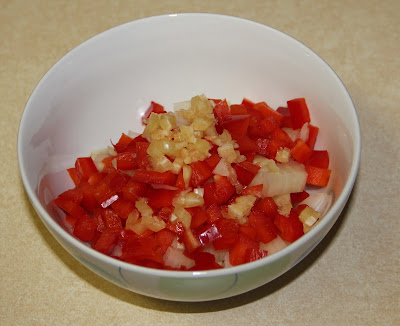 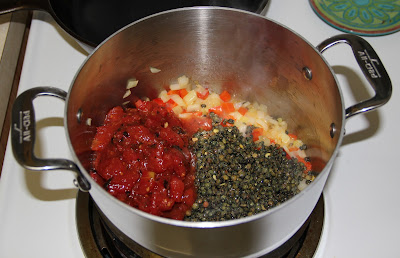 Email ThisBlogThis!Share to TwitterShare to FacebookShare to Pinterest
Labels: vegetarian 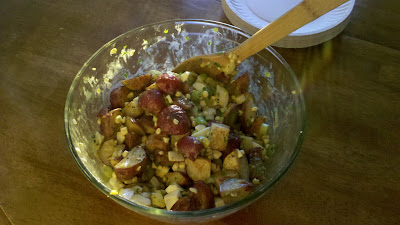 Sorry I haven't posted for a while. I was busy with school at the beginning of the week, then I had to come down to Raleigh for the end of the week.  My trusty camera was back in VA, so the pictures aren't awesome (they are both from my phone, in fact).  But I did 2 things this weekend I thought were worth sharing:

Jonathan and I went on a tour of Aviator Brewery this weekend.  The brewery is out in Fuquay-Varina, NC, about 35 min from his house in Raleigh.  The brewery was started by an ex-Air Force pilot and was originally in an airplane hanger.  It has since moved to a different location, but they had this hanging in the new brewery, which I thought was awesome.  If you can't tell, its a pair of old airplane wings! 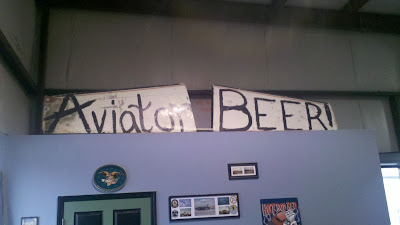 Also, we had a DELICIOUS winter beer: the Frost Nipper Winter Ale, which we grabbed a growler of to have during the Super Bowl.  And that brings me to the real reason for this post... Super Bowl food!  I made a potato salad for the Super Bowl party we hosted.  It is vinaigrette-based, so it will be prefect for warmer weather activities: tailgating, picnics, barbeque.
Full Post -->
Posted by Lindsey at 20:47 No comments: