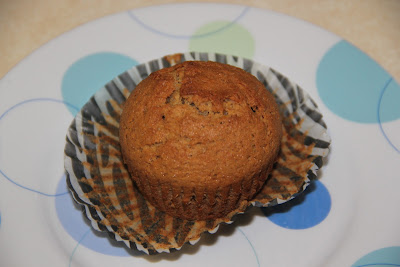 Since Jonathan and I started dating, he's always talked about the applesauce muffins his mom bakes.  When I made applesauce last week, he saw that as the perfect opportunity for me to try out this muffin recipe. 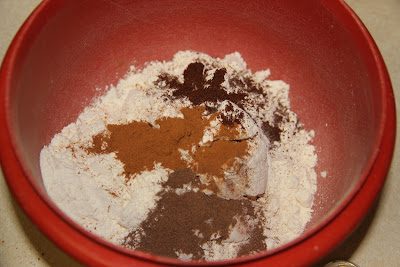 He thinks they came out perfectly, but I would have made a few changes.  I think these got over baked.  We cooked the second batch for less time and they came out a lot better.  I think I would also adjust some of the seasonings.  These were heavier on allspice than I like, so I would have taken that down a little bit.  This is completely personal preference, I've never really been a fan of it.  Finally, I think these would be good with nuts mixed in or topped with granola to give them a little crunch. 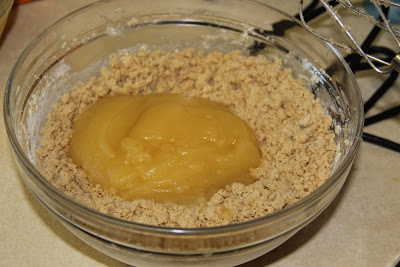 This is a great recipe for a fall breakfast or snack.  It tastes like fall in muffin form.  I've included both the original recipe and the amounts of the spices I would use.  So you can choose, if you want more of the spices you can leave them in.
I apologize about the delay in posting this... I had an issue with getting the recipe up.  But its here now, and a great reason to go make another batch of applesauce! 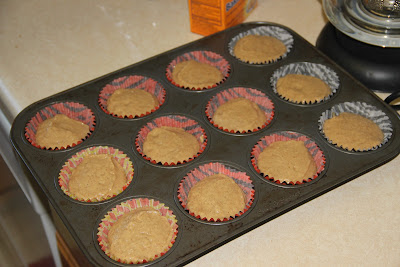 Preheat oven to 400 and prepare a muffin pan with paper liners.

Cream together butter and sugar.  Add egg and vanilla and mix well.  In a separate bowl, whisk together flour, cinnamon, cloves, and nutmeg.  Add to butter mixture.  Stir together applesauce and baking soda and add to the rest of the mixture.  Stir in nuts if you're using them.